The United States Congress recently deposed Apple, Facebook, Amazon and Google for anticompetitiveness. I agree that they are anticompetitive but probably not for the usual reason. They are in short, the new gatekeepers of information. Like the network operators before them, such as AOL, it is time to break up their walled gardens.

Network Neutrality, the idea that broadband providers ought to treat all Internet content and applications equally, is not the only way of organising the Internet. Others advocate for market efficiencies (such as a paid bandwidth tier). A reason to support this is because some content providers (especially streaming services like Netflix) account for a disproportionate amount bandwidth.

However the major problem I find with the dichotomy between neutrality and paid-tiers is that it ignores the problem that neutrality is by definition only applicable to network operators. Content providers (think of Apple, Facebook, Amazon and Google but also others like Netflix) also need to be neutral. For example, on Apple’s iOS, it is not possible to change the default browser (side note: why hasn’t the EU got involved in this but did when it involved Microsoft?). Further it is not possible to use an alternative app store, and in my own experience, friends were not even able to use Apple Pay in The Netherlands even though they had cards that worked with Apple Pay. Their iPhone restricted a feature of their phone by the region. In another example, it was not possible to download a native YouTube app on the FireTv device, and for iOS devices, non-US users are subject to Apple’s very American values.

What this situation show is that the Internet can be organised under different conditions, sometimes favouring one group over others. In the examples above, a physically neutral Internet favours content providers while a paid-tier Internet favours the network operator. Neither favour you and I, the end-users.

The question of how to organise the Internet calls into question what exactly is the Internet. On a technical level it is simply a collection of networked computers. However on a societal level, it is a social institution. It is a system of organisation grounded in social, economic, and political spheres of activity. We don’t interact with the Internet as a kind of physical object. While we may interact with out computer, smartphone or other internet connected device, ultimately we interact with the Internet through some kind of lens. One’s experience on Instagram follows a certain code of conduct that is different than say on Reddit. Further these lens have a culture associated with it. Similar to the social institutions of healthcare or education, there is an institutional culture on the Internet consisting of attitudes, values and norms and these vary depending on how one interacts with the Internet (social media, Internet shopping, gaming platforms, even academic discourse).

We can see then that overall, the Internet needs to be seen in an expanded definition beyond the physical network of wiring. Thus, from this point on, when using the term the Internet, I mean not only the physical network itself but also the wider Internet ecosystem: hardware used to attach to the Internet (e.g. computers, smartphones, smart devices) and even the software (e.g. ApplePay, WeChat) and operating system used (e.g. iOS, Windows). By doing so, we can try to figure out the way to organise an Internet that is to the benefit of end-users. One such theory that provides an avenue to this organisation is John Rawls. In his Theory of Justice Rawls discusses the principles of justice, which are:

“[1, aka liberty principle] each person has the same indefeasible claim to a fully adequate scheme of equal basic liberties, which scheme is compatible with the same scheme of liberties for all; [2, aka difference principle] and social and economic inequalities are to satisfy two conditions: [2a] first, they are to be attached to offices and positions open to all under conditions of fair equality of opportunity; [2b] and second, they are to be to the greatest benefit of the least-advantaged members of society”Brackets mine. From Rawls, Justice as Fariness: A Restatement, 42-43.

The role of these principles is to guarantee equal rights to everyone but also to promote the advantages of the lease well-off. The principles also fairly distribute, what Rawls terms, primary good: things that every ration human is assumed to want like rights, liberties, opportunities, income, wealth, health, intelligence, and so forth.

Whilst it may seem odd to apply some sort of scheme of basic liberties, this is very much required on two fronts: both end-users’ (you and me) and content providers’ benefit. On the content provider side, it has recently been discovered the Apple charges Amazon a 15% app store fee for purchases instead of the Apple’s state policy of a 30% fee that applies to all content providers irrespective of who they are. This upfront violates the principle of liberty’s first claim: equality. Content providers are simply not all equal in the quasi-legal eyes of Apple when it comes to the App Store.

This is, however, not Apple’s only violation of the principle of liberty. Claim two, which I have divided in two parts, is violated in another recent case: Epic Games vs Apple (and Google). The difference principle calls for maximising the the advantages of the least-advantaged members of society. While Epic Games is hardly a disadvantaged member of society, it is disadvantaged compared to Apple. Tech Giants, such as Apple and Google, who have recently banned Epic Games from their app stores because Epic Games has decided to challenge these respective app stores’ rules, are in effect asserting their monopoly power over the content providers who have no other choice but to use these app stores.

On the end-user side (thats me and you!), these policies also disadvantage us for Apple’s gain. In the Epic Games example, requiring the app store fee increases costs of end-users for Apple’s benefit–and when it comes to advantages, Apple is very advantaged when compared to me and you. Yet it goes further–Apple not only restricts certain apps due to pricing alone but also because of guidelines or by hardware and region.

First, a neutral Internet would not allow Apple to decide that my default browser is Safari and my default music player is Apple Music. It also would not allow there to be a restriction upon whether or not I can use Apple Pay just because my region is set to a specific country (for all Apple knows, I happen to have a card from a region where Apple Pay is supported!).

Secondly, Apple’s guidelines restrict certain apps: I cannot, for example, download a BitTorrent app on my iPhone. However, more annoyingly, I cannot download apps from other countries unless they are also available on my specific device’s app store. This in itself may not seem problematic, but if we were to consider information as a primary good, and the apps as being composed of information or a form of accessing information, then our right to a primary good is now restricted.

Of course there are ways of remedying the situation. If we compare the iOS to MacOS, we see stark differences. MacOS allows downloading software from anywhere, including Apple’s App Store. iOS could follow in a similar vein (and simply require that app developers certify their apps with Apple similar to MacOS). Epic Games Store could sit alongside Apple’s App Store and even Google’s App Store. Thus, if the App Store wants to levy a 15% charge on Amazon but the Amazon app downloaded from Amazon doesn’t have a charge, then it is the end-users decision if she downloads her app from Apple or from Amazon. Lastly, Apple is moving in the right direction in allowing one to change default apps in the upcoming iOS 14.

Apple is not the only company that abuses its position. Amazon, for example, bundles Amazon Prime Video with Prime membership in a tactic to keep consumers only using Amazon products. Such a tactic would fly right in the face of network neutrality if performed by AT&T. Such tactics aim to control how one accesses information and how one interacts with the Internet. In some cases there is a loophole, such as the lack of YouTube on Amazon FireTV devices a few years ago, but in many cases, it is simply tech giants attempting to organise the Internet to their benefit and to everyone elses’ disadvantage. True neutrality would call for their being neutrality in devices (to ensure access to information), neutrality within the device’s operating system itself (choice in apps & app stores), and neutrality within even web services like Amazon (e.g. debundle Prime Services) or Facebook (e.g. debundle WhatsApp, Messenger, and Instagram).

This post of course, is quite dense yet brief. I would love to hear on what other’s would add to this, especially concerning Rawls or other political theory (Sen?), and how that can be applied to the Internet as we know it today. And of course, I am speaking from a largely western experience. I do not know, for example, know how WeChat (and Chinese apps) works on an iPhone and whether Apple allows WeChat to bypass Apple Pay or other restrictions. 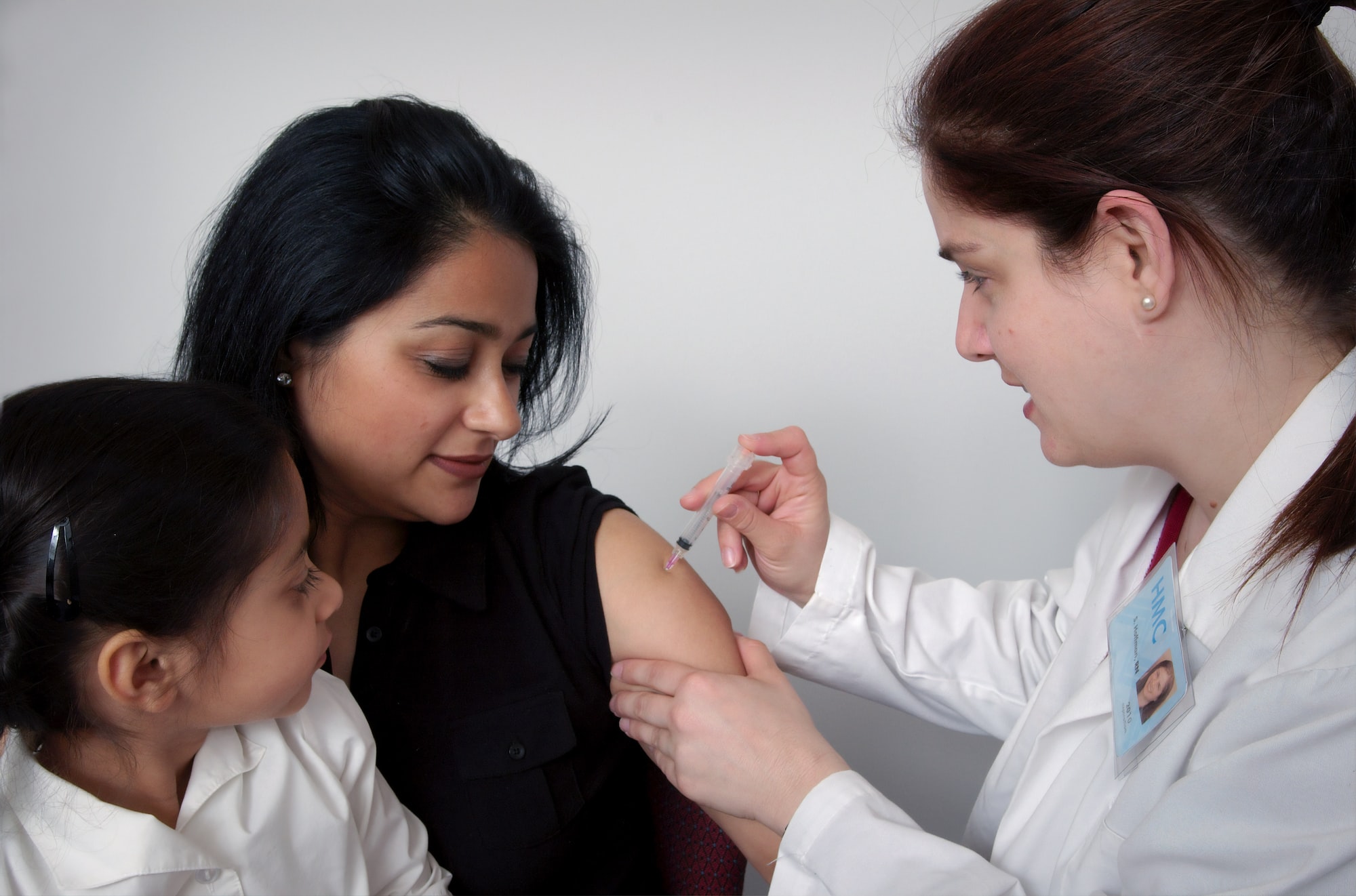